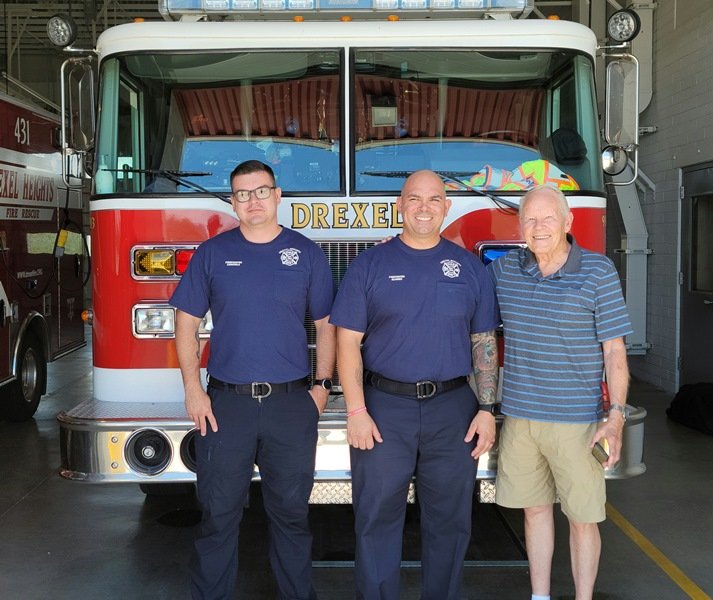 The fine gentleman in this photo is John A. Dale.  He is the sole survivor of the airplane crash that happened at Ryan Airfield on July 27th, the local news reported,

” TUCSON (KVOA) – One person is dead, and another is injured after being involved in a crash at Ryan Airfield Tuesday morning. According to Tucson Airport Authority, the crash happened at about 7:15 a.m., near RYN Runaway 6R. Two people were on the Long-EZ aircraft. Tucson Airport Authority confirmed one person died in connection to the incident, the other person involved was transported to the hospital and is in critical condition.”

When the incident happened, Fire Crews of DHFD A-shift was off going at a shift change and B-shift firefighters were on-coming, the urgency of the call created a situation of mixed crews responding to the emergency. Without pause or hesitation these well-trained professionals worked together to resolve the incident and save a life.  Mr. Dale stopped by the station to thank everyone for the amazing job firefighters did with helping him and to say that he is immensely grateful for being there and being ready!