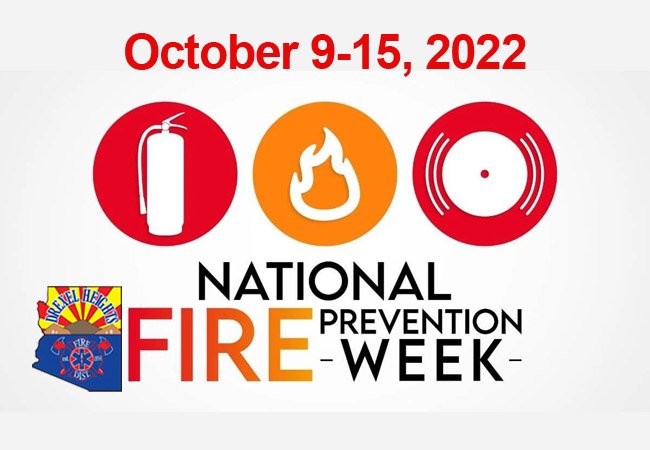 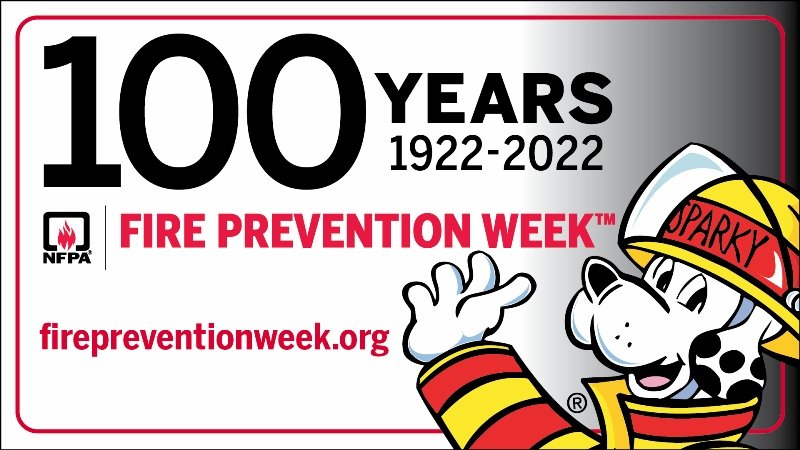 This October, therefore, marks the 100-year anniversary of Fire Protection Week. President Woodrow Wilson proclaimed the First Fire Protection Day in 1820. Fire Protection week was made official in 1922 for the Sunday through Saturday period which includes October 9. It is the longest running public health and safety observance on record.

The Great Chicago Fire started on October 8, 1871, but most of the Chicago destruction occurred on October 9. The Fire resulted in approximately 250 deaths, 100,00 homeless, destroyed roughly 17,000 buildings and approximately 2000 acres. In total the fire was 4 miles long and 1 mile wide.

Folklore blames Mrs. O’Leary’s cow for starting the fire, who kicked over a lantern and the rest is history. Although this is a popular legend, Mrs. O’Leary was exonerated (as was her cow). Environmental factors were ripe for fire- hot, windy, and dry. In fact, there had been fires preceding the Great Chicago Fire. Most structures were wooden, saw dust had been scattered on roads to tamp down dust. The fire was out of control before the fire department was even called. In the wake of the fire, attention was directed to fire protection when building cities. New buildings were constructed with fireproof material. Fire breaks were constructed on roads and streets were made wider. 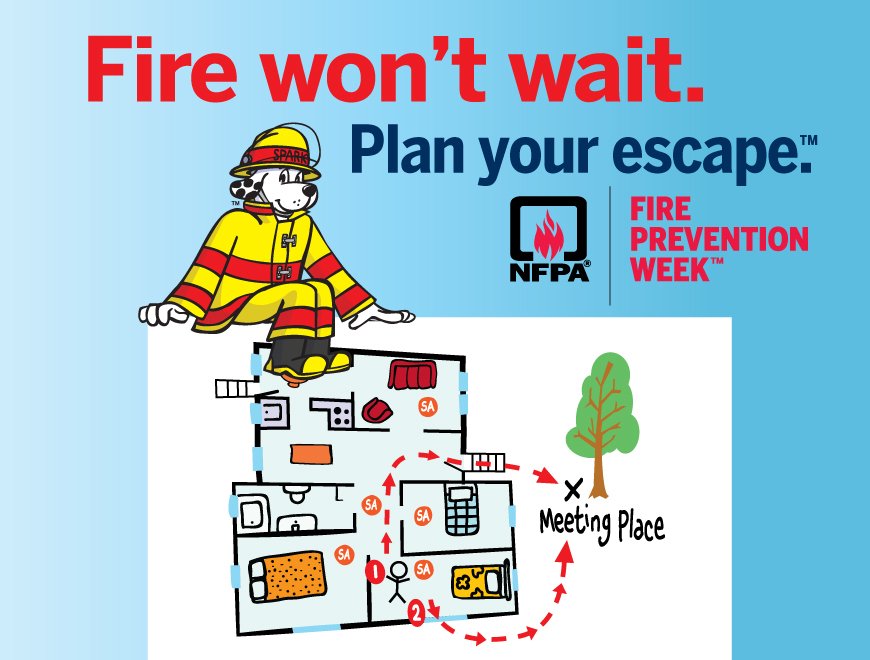 The theme of Fire Prevention Week this year is “Fires Won’t Wait. Plan Your Escape”. Fire Safety articles consider many different aspects of fire safety: Forest Fires, campfires, firecrackers, home structures, kitchen fires, fireplaces, candles, electrical outlets, generators, kitchen fires, and so on. This focus appropriately discusses how to prevent these specific types of fires. This article will go to the non-prevented fire in progress. How are you alerted to the fire? How do you escape? Who has the “in case of emergency” responsibilities for small children, disabled adults, and pets? Where do you locate household members when you have escaped?

The National Fire Protection Association (NFPA) tells us that ironically, the place where we feel most safe, our homes, is the site of 74% of all U.S. fire deaths. The NFPA also tells us that the escape time from a home fire is smaller than it once was. This is due to fires today burning hotter and faster. Faster and hotter fires may be due to multiple causes such as construction material, fabric, or multiple home appliances. The Underwriters Laboratories, who perform cutting edge, reliable fire safety testing, reports three minutes or less opportunity to safely exit the home. Therefore, it is very important to have a plan to quickly exit the home:

Smoke alarms are often the earliest warning of a fire.   There is a large selection of smoke alarms available to homeowners, sometimes making it difficult to know what to purchase. The information below sorts out a few features to help choose a smoke alarm:

How a smoke alarm senses smoke: Smoke is sensed by two different technologies, ionization and Ionization smoke alarms detect small particles given off by fires that burn quickly and generate a lot of flames. 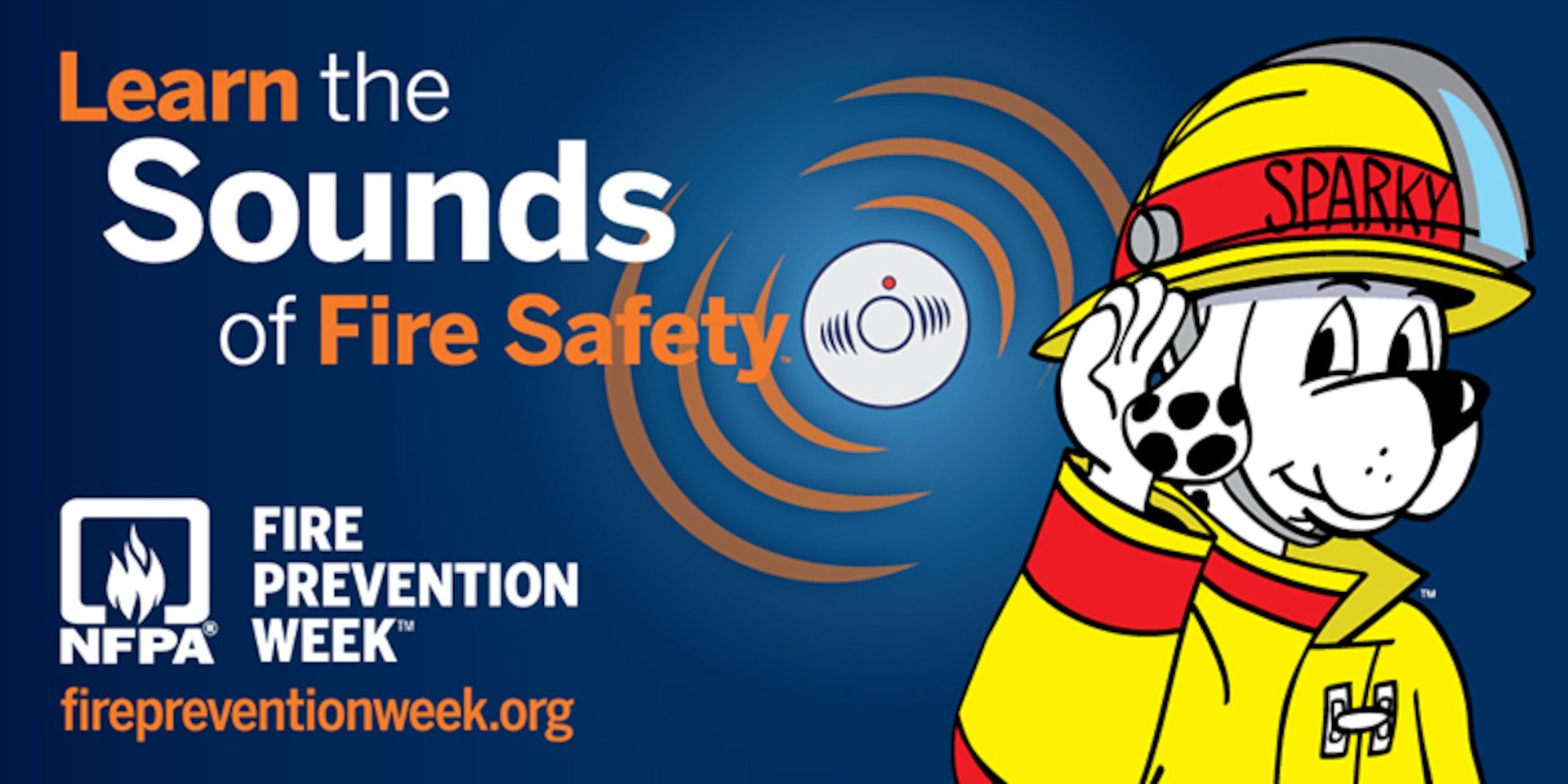 Sounds that smoke detectors make: The typical sound a smoke detector makes is a beep or a chirp: Beeping, heard as a series of three beeps, indicates fire and need to exit the building quickly. Chirping is usually a steady high pitched sound emitted every 30-60 seconds. The Chirp means the alarm needs service, or battery replaced.

Smart smoke detectors: Smart smoke detectors include technology other than beeping and chirping sound to alert occupants of a structure of These include LED lights, Voice alerts, vibratory models for hearing impaired and localizing location of fire.

Where your smoke detectors should be placed:

Purchase smoke detectors that are listed with approved testing agencies: This refers to products that are tested and have met specific standards to become approved products. These are recommended as your life may depend on them.

Lets talk about what to do if your smoke detector alerts you to a fire.

It is noteworthy to point out that interconnected smoke alarms will sound if one smoke alarm sounds. This is advantageous given the statistics of an approximately three minutes window to escape a fire. The recommendations below are based on NFPA guidelines:

A smoke detector sounding an alarm is often the first warning of a fire. Human nature, particularly when awakened from sleep is denial. We attribute an alarm to be a “false alarm” rather than an actual fire. Given the short time frame to successfully leave your home escape should be immediate. The Great Escape artist Houdini, himself, is quoted as saying “My brain is the key that sets me free.” Believe what your brain is seeing and hearing. If your alarm sounds enact your plan.

Smoke and Mirrors are illusions. Fire is Real.