Firefighter injured at fire on Tucson’s southwest side 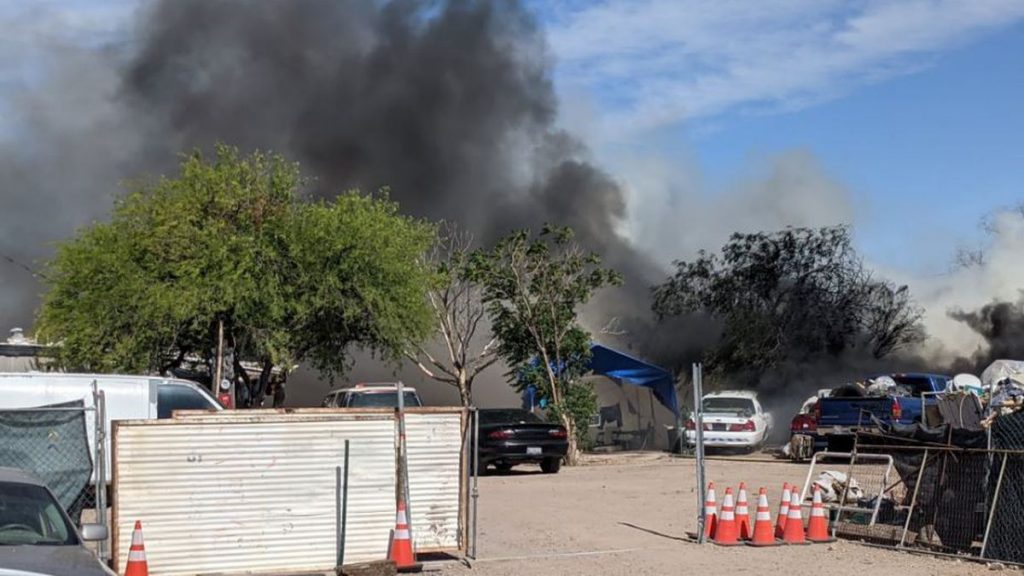 TUCSON, Ariz. (KOLD News 13) – One firefighter suffered a second-degree burn and three others were shocked while trying to extinguish a fire near Mission and Irvington roads on Tuesday morning, June 1.

The fire happened in the 4800 block of South Fickett Avenue. It involved three vehicles and extended to an unoccupied single-wide mobile home that was used for storage.

According to the Drexel Heights Fire District, the electrical shocks came as a result of “illegally run” electricity that had to be secured by Tucson Electric Power crews.

The firefighter who received the burn got the injury on the wrist. No further information was immediately available about the firefighter’s condition or treatment of the injury.